36 Years of Top Gun: How Home Theater has Evolved 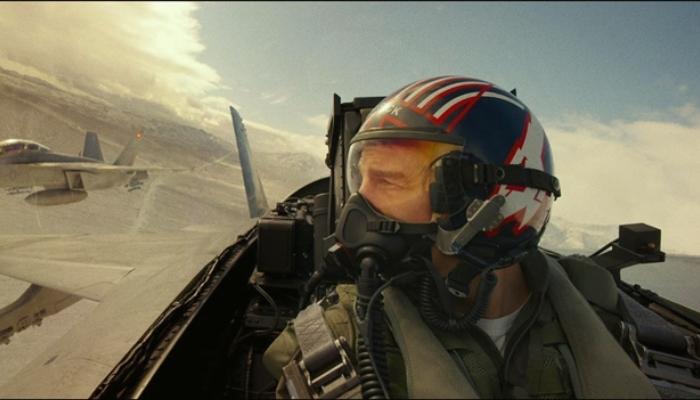 Last week Top Gun: Maverick released on our preferred digital movie provider for home theaters, Kaleidescape. Since then we’ve been reviewing scenes in our reference theater at our Bellevue showroom, and it really is a mind blowing experience of high octane cinematography and positively teeth rattling audio (pop in if you’d like to check it out). But, it also got us geeking out about how much technology has changed since the original Top Gun was released thirty-six years ago in 1986.

When the original hit theaters, surround sound had officially become a thing. In fact, most people don’t realize that the first true surround sound film release (three channels in the front and two in the rear) was Francis Ford Coppola’s Apocalypse Now in 1979. There were typically five speakers behind the screens of 70mm-capable cinemas, but only the Left, Center and Right were used full-frequency, while Center-Left and Center-Right were only used for bass-frequencies (still not uncommon). However, by Top Gun’s 1986 release, discrete surround formats were still 11 years away from the home theater market. DVD launched in ’97 with Dolby Digital as the standard sound format.

Liner Note! One of our team members here at Definitive used to work for Francis Ford Coppola, and tells us that the famous patrol boat from Apocalypse Now is still tucked away in a vineyard on his sprawling 1800 acre estate in Napa Valley.

A little known fact about the original Top Gun is that the timing of the release on home video (March of ’87 on VHS) actually coincided with the burgeoning home theater boom. Demand for the film was so high that it became the best-selling videocassette in history on pre-orders alone, with over 1.9 million units ordered before its launch. It also was released for what was then an incredibly low price; $26.95. Interestingly, despite being 36 years later, Top Gun: Maverick - in full 4k Ultra - actually costs TWO DOLLARS LESS on Kaleidescape (24.99)! 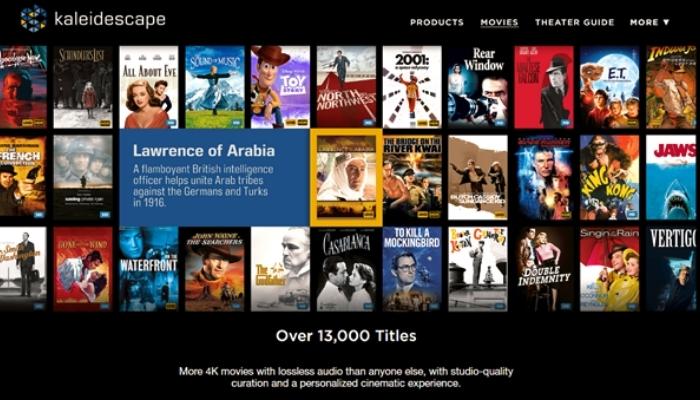 The term home theater today is very literal. We design and build dedicated home theaters for clients with technology that in many cases actually far exceeds commercial cinemas. A standard “Home Theater” back in ’86 would have been a CRT projector in a room that had to be nearly blacked out, and screen size was limited (7 feet wide was a really big screen in those days) due to light output limitations of those projectors. While today, a client could have a screen the size of a commercial theater (and higher quality) if they have both the space, and one of the projectors that has the capability. Heck, the LEAST expensive Sony 4K projector available today has light output that is many multiples of the capacity of even the best CRT projectors from 1986. 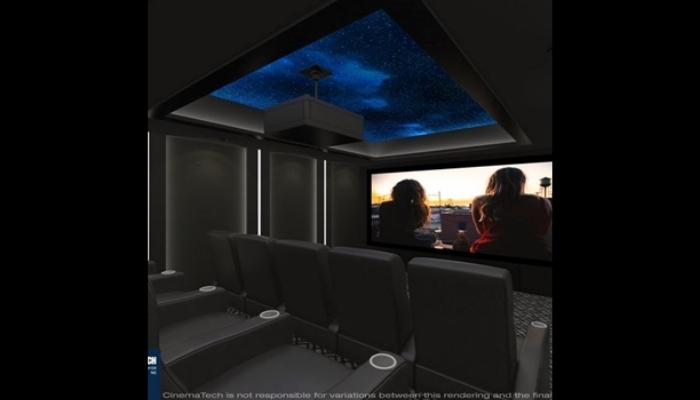 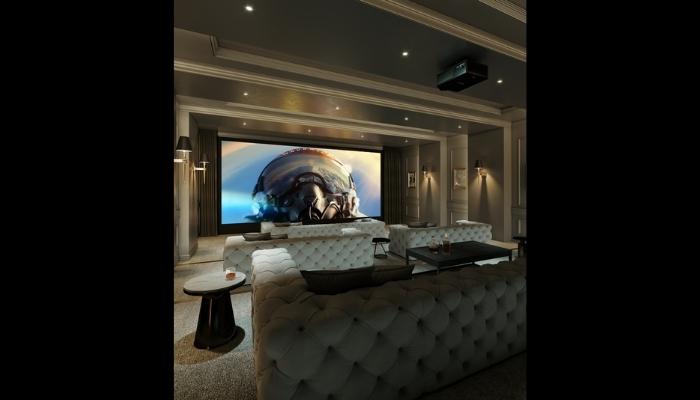 Another area of big change is with cables. Whether it’s home theater or 2 channel audio, cables REALLY matter. In 1987, you were connecting your VHS player to your TV or CRT projector via a composite video cable that was not even capable of carrying high definition video. It was designed to carry fairly low resolution video only (480p at the time) in the analog domain. In 2022, the world uses the HDMI connection, which can carry up to 8K video content as well as any of the available high resolution multichannel audio formats (like Dolby Atmos) in one single digital cable.

In terms of Audio, home theater at the time of Top Gun would have been Dolby Pro-Logic. In Pro-Logic, the center channel is matrix encoded within the left and right front channels, and the surround channels are mono and bandwidth limited. Nowadays we can utilize new formats like Dolby Atmos, which has all discrete and full range channels, including the ability to map sound to provide a sense of true vertical travel (as opposed to primarily ambient fill or front to back directionality only). We have all heard of 5.1 and 7.1, but Dolby Atmos can serve up to 34 channels, creating an unbelievably immersive experience of truly three dimensional sound. 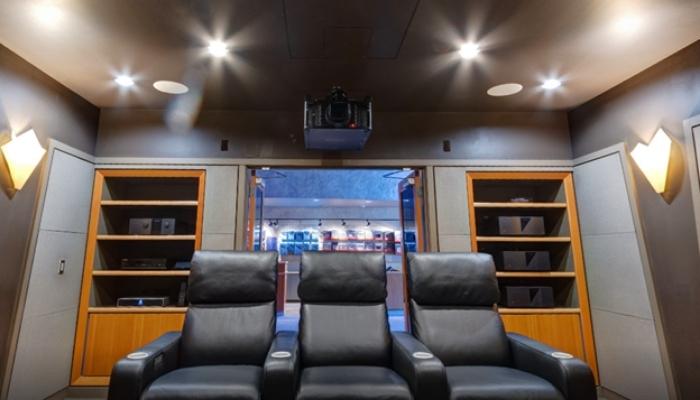 So to make a long story short, in 1986 you were listening to 4-channel Pro-Logic in a nearly blacked out room on a screen maybe 7 feet wide at 480p resolution. In 2022, you could watch the same content through a 34 channel Dolby Atmos system on a screen that could be 20 feet wide or more, in native 4K UHD resolution, completely submerged in high definition audio via multiple completely hidden in wall, in ceiling and behind the screen speakers specifically designed for theaters. It’s a brave new world out there and home theater has never been better or more accessible.

In-ceiling Speakers: Are They Any good? 5 Reasons You Need Them
Subwoofers: What Are They & Do You Need One for Your Sound System?
The Best Audio Systems for Theater-Like Sound
Abbey Road Studios: The Legend
Perfecting Room Acoustics the Easy Way with Professional Installers!