The Ring DAC - Exceeding Expectations for Over 30 Years

July 27, 2022 by Definitive Audio
From Our Expertsaudioaudiophiledigitalanalogresolution

The Ring DAC™ has been an integral part of dCS products for over 30 years. In the 1980s – when dCS was best known for its work in radar and telecommunications – our engineers, who were also audiophiles, developed a novel digital-to-analog conversion system with the unprecedented capability to process audio signals at 24-bit resolution.

At the time, 24-bit audio was unheard of. This technological breakthrough led dCS to develop a succession of pioneering high-resolution DACs, analog-to-digital converters (ADCs), and master clocks for some of the world's top recording studios. This inevitably led to high-end digital playback systems for music lovers and audiophiles.

Since then, the Ring DAC has benefited from continuous refinement and technical advancements. With each new generation, the Ring DAC has become faster, more intelligent, more sophisticated, and more advanced. As a result, the musical performance of our products has continued to evolve and improve with each upgrade we make. It remains a world-leading technological approach to converting 1s and 0s into music.

As the Ring DAC continued to evolve, it exceeded the capabilities of conventional test equipment. dCS engineers devised a range of bespoke tools and equipment that allows them to measure each aspect of a system’s performance with absolute precision. Now, all of dCS’s test equipment is designed and engineered in-house to meet our extreme expectations. 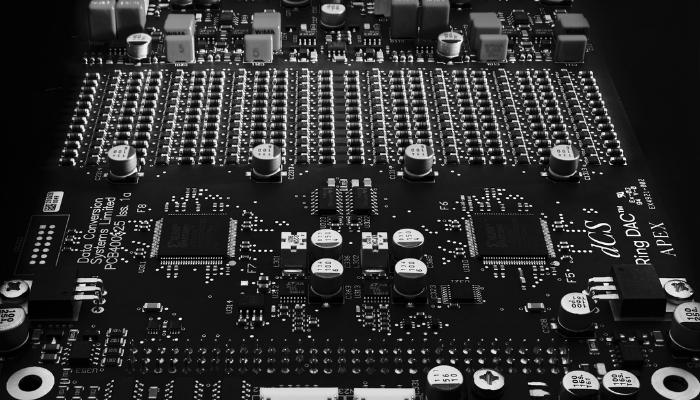 In the case of the Ring DAC’s analog performance, we used a measurement method that allowed dCS to reduce internally generated artifacts. This enabled dCS’s engineers, led by Chris Hales, who leads product development, to identify potential areas for further improvement. The Ring DAC circuit and analog output stage already delivered an outstanding measured and sonic performance, but there were aspects Chris felt could be further refined or even redesigned. After a period of investigation and several intensive months of experimenting with circuit boards, Chris developed some prototype boards to test out his theories.

Once the R&D engineers analyzed the measured impact of Chris’s proposed revisions and confirmed that they delivered quantifiable gains (an essential requirement for any dCS software or hardware upgrade), the dCS team auditioned each modification in a series of listening tests. They documented significant audible and musical improvements in a range of critical areas.

Spurred and encouraged by his progress, Chris developed several prototype boards for further listening and measurement tests. In the end, after several engineering iterations, a new generation of Ring DAC was created.

One of the first areas Chris looked at during the research and development phase was the reference supply that feeds the Ring DAC circuit board, and this investigation led him to make some significant adjustments. For optimum performance, the reference would be a pure DC voltage with no AC components and no noise. The modifications Chris employed in this area moved the design closer to this ideal.

Chris also thoroughly examined all subsequent stages of the Ring DAC, including the summing and filter stages.

The output stage is responsible for buffering the analog signals generated by the Ring DAC. The analog board of the Ring DAC is made up of digital and analog stages. The digital stage takes the data fed from the dCS Digital Processing Platform and subjects it to a mapping algorithm. The algorithm provides specific instructions for the latches which form the heart of the Ring DAC. A discrete amplifier summing stage then sums the output of those latches before being buffered by an output stage.

"The purpose of the output stage is primarily to interface us to what is unknown territory once we leave the dCS realm," says Chris. "We really don’t have much control over what cables people are going to connect, what external equipment people are going to connect, and these can have very different input characteristics, so it’s important to have an output stage which is capable of driving lots of current, that’s not vulnerable to stability problems that these may cause." 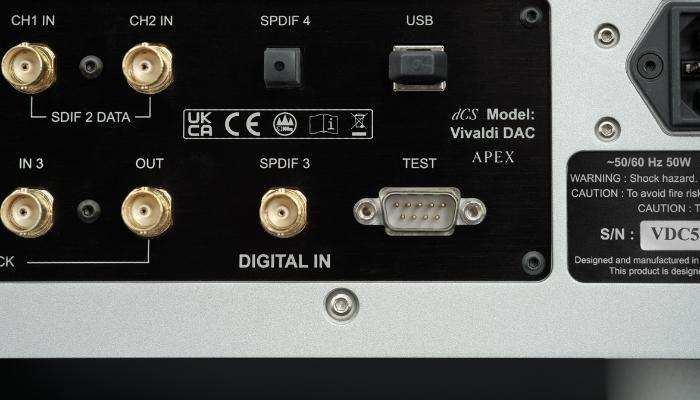 For listeners, this enhanced technical performance has resulted in a range of sonic improvements, revealed in our ongoing listening tests. Additionally, the feedback from Vivaldi and Rossini owners has been universally positive, with listeners noting enhanced harmonic integrity, resolution, dynamics, rhythm and timing, an even greater sense of ease and naturalness, more precise and tonally resolved midrange and voices, and more realistic timbral quality of strings.

"I think it just felt right – when we got to that final board, and we’d been through all those final rounds of testing, there was just something about it," says David Steven, Managing Director at dCS. "Great audio should draw you in, engage with you and excite you, and I think APEX does that in spades. It has everything that we think is synonymous with dCS: there’s detail, there’s resolution, but it’s also so emotionally involving. It's an amazing achievement from the team to take what was already state-of-the-art and not just improve it on the measured performance level, but to create something you can feel and hear."

Chris Hales added this, “Continual improvement is [something] we take very seriously – I think we feel that we owe it to our customers to do the best we can, and I think that those of us who are working on the technical side of things are also just of that personality where we just want to improve things all the time. For whatever reason, there's a huge philosophy here: ' if we can make it better, then let's do that – it's worth the effort.'"

As David observed, one of the most rewarding aspects of our work is delivering enhancements that exceed people's expectations and give them an even deeper appreciation for the music they love.